As I am trying to do my entire trip without hiring a car, I found myself on the train again, this time to Edinburgh. Now truly out of my comfort zone. Never been to Edinburgh and I had booked an apartment rather than a hotel so I would really on my own. I was not sure what it would be like staying somewhere without the comfort of a front desk and room service, so I was really stretching myself by doing this.

The owner was lovely – a photographer by profession, and his apartment was amazing and more importantly, safe, with great security on both the main door and my apartment door. He had provided fruit, breakfast cereals, a bottle of wine and an honour bar with various whiskys! I was staying just off Royal Mile so once I had made myself at home, I wrapped up again (it was VERY cold ) and set out in the glorious pale afternoon sunlight to check out the city.

I suspect like many people I had this vague idea of Edinburgh as a dark forbidding city full of heavy stone and grey skies.  On a stunning winter day it was magical. So much to see – I could easily have spent a week there. I was staying just off the Royal Mile so spent a very happy afternoon with my camera. For the first time I did really feel like i was solo travelling – I had no idea where I was half the time (although Google maps was in my pocket) and my real life was  a world away.

For the sake of trying to catch my  blog up to my current life, I am going to condense two days in the city into one long photographic day! (And then a second entry for my day trip into the Highlands.)

Highlights…as before, daytime photos taken with Canon 80D, nighttime with my phone. Too cold at night to take my gloves off and fumble around with settings!

Dean Village –  technically a little suburb of Edinburgh, it is a picturesque hidden gem down in a valley with a beautiful river, cute historic houses and tiny winding roads. Well  worth the trek through town and back up the hill afterwards.

The crazy architecture of the Parliament Buildings. The budget was blown out from an original estimate of £10-£40m to a final cost of £414m! The back of the building is the best part. Each window below is a minister’s office and apparently no two are the same. Money well spent I say 🙂

Carlton Hill with its incomplete monument to Edinburgh being the seven hills of the North  – I don’t think any photo blog of Edinburgh would be complete without this obligatory shot!

Getting to hold a European eagle owl – her wing span was 6ft and she was magnificent.

Edinburgh Christmas market (of course!) Set in East Princess Street Gardens , and several other venues around the city, they are on a much grander scale then York with a full amusement park in the lower garden. It was dazzling and crowed with festive shoppers. I loved seeing all the children wrapped up, their eyes wide as they took in the lights and decorations. Very restrained, only bought a cashmere scarf.

I discovered what might be the most delicious fish soup I have ever eaten while at the market – with the strange name of cullen skink. Here’s a recipe  I am going to try out for myself once winter returns.

Edinburgh Castle, dominating the skyline from so many parts of the city.

So many interesting buildings and statues every time you turn a corner, or walk up a hill.

Having come so late to travelling, every thing I saw was special, and I often found my eyes welling up with tears of joy when I saw something new. As with London, Edinburgh gave me an almost overwhelming sense of civilisation carved out over centuries by individuals who came together in groups, and who ultimately  created something much larger than themselves. I guess that’s a big part of my reason for doing this trip – connecting with a much bigger world than the one I have spent my 53 years so far in.

I also love the prominent presence of churches and cathedrals in all these places I am visiting, beautiful reminders that we are not alone, and that as humans we seek to connect with something far larger even than the cities and history we create. 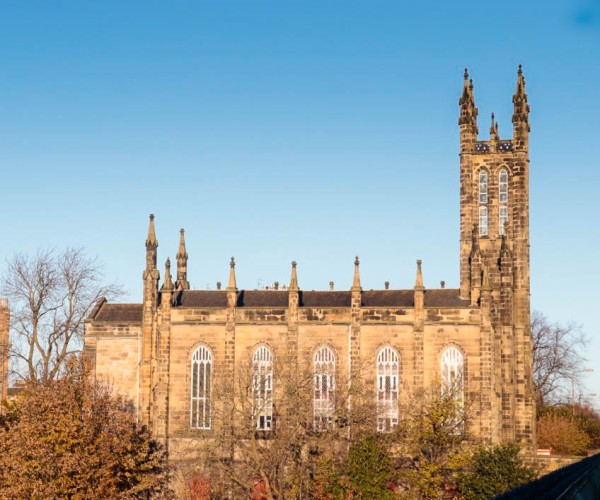