Whirlwind two days in London to get orientated to being on the other side of the world (thankfully and somewhat bizarrely jet-lag isn’t something that I get affected by very much so i managed to pack quite a lot in).

Quick catch-up with our son and girlfriend (who since this visit has become his fiancee!). First goal was the famous Oxford Street lights. As it was dark by 4pm, we wandered down around 5pm to see the lights in their full glory. The early dark was a huge drawcard for me as I have always been fascinated by my mother’s memories of night starting in the afternoon. I was captivated by the first fall of dusk on my first day. So different from the slowly increasingly light and balmy evenings I had left in the November lead-up to summer back home. We were hungry for dinner early and 8pm seemed decadently late. At 5pm it was freezing and pitch-black but the city was dazzling and festive, beautiful window displays, carols, lights – just what I had hoped for. 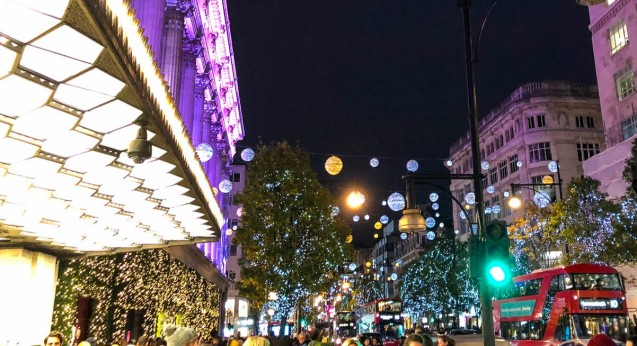 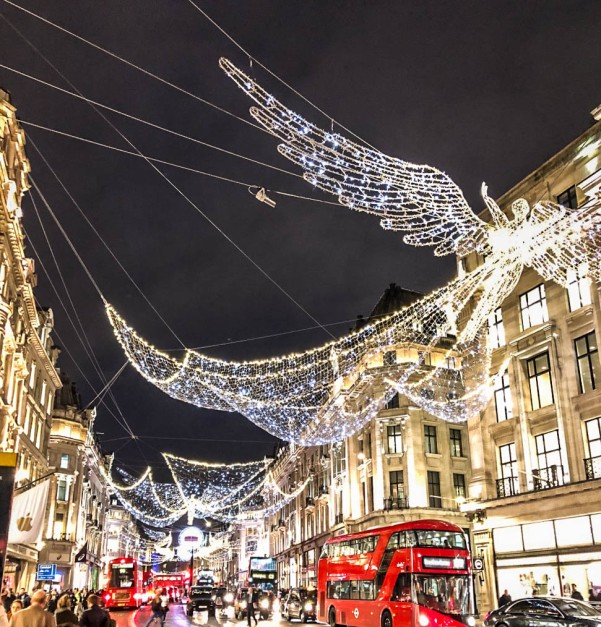 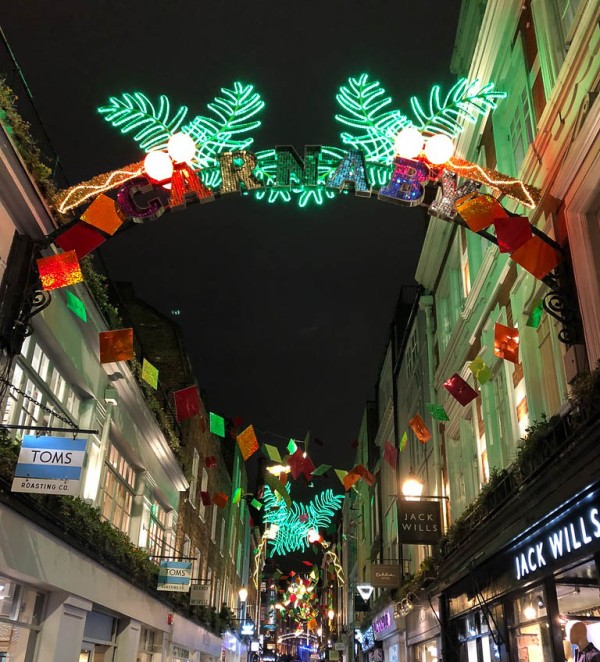 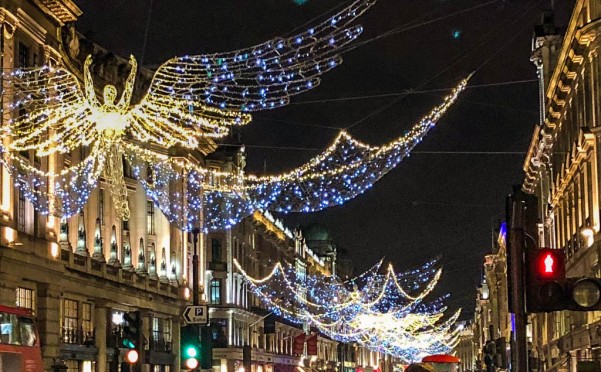 I was slightly overwhelmed by just how many people were thronging the streets (I am an introvert) and, with the vague terrorist threats on social media, just a little nervous to be honest.  That unspoken  tension was bought home to us when we went to Hillsong London that night and were evacuated before the service even started due to a suspicious package/abandoned handbags left on one of the seats!  We decided maybe we didn’t need to go to church that night after hurrying down the staircase with klaxons blaring and loud speaker instructions ordering us to evacuate as quickly as possible.

The next day saw Oxford Station also dramatically evacuated due to a suspected incident that turned out to be  a car back-firing. In New Zealand these things are very distant for which I am extremely grateful and it definitely feels different when you are in a city where the threat of terrorism is very real (but still very unlikely). I did find myself walking shop-side and scanning the street for vans travelling too fast – gave up pretty quickly as in London every van/truck/cabbie/Uber (even one of the buses I went on)  drives too fast whenever possible!

Went for a long walk through Green Park the next day rather than catching the bus or a tube and was rewarded  by some stunning autumn trees in all their creative glory. 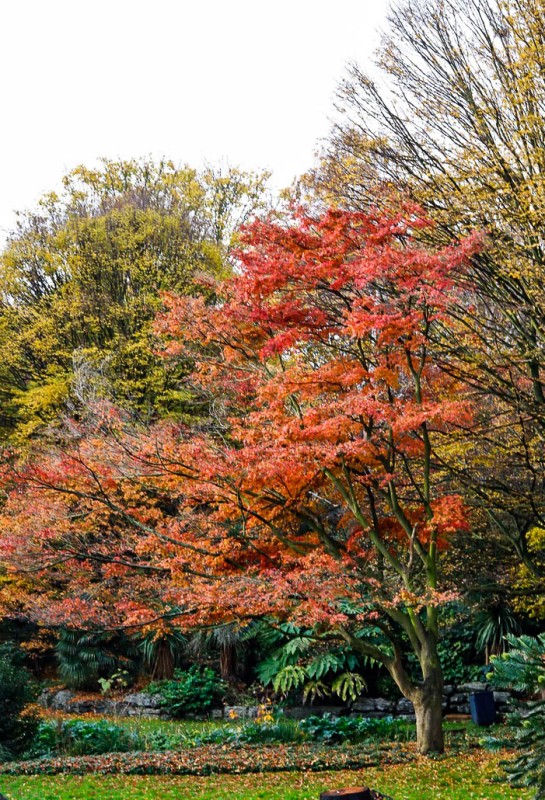 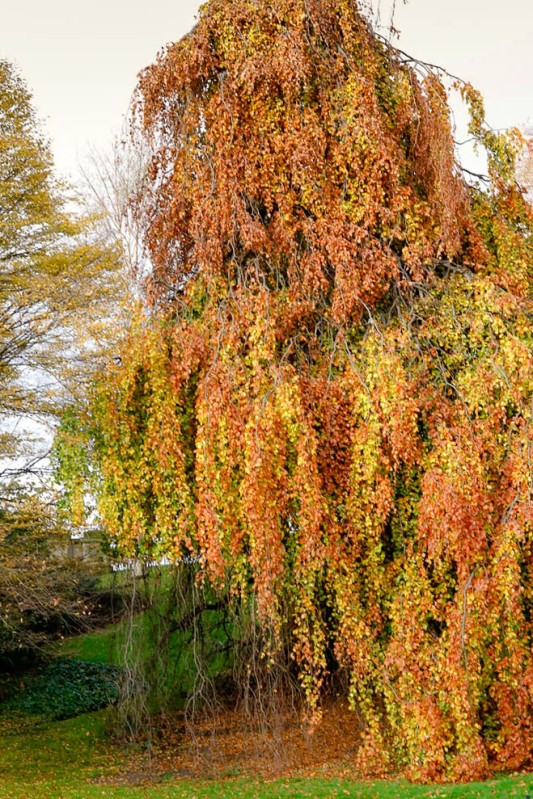 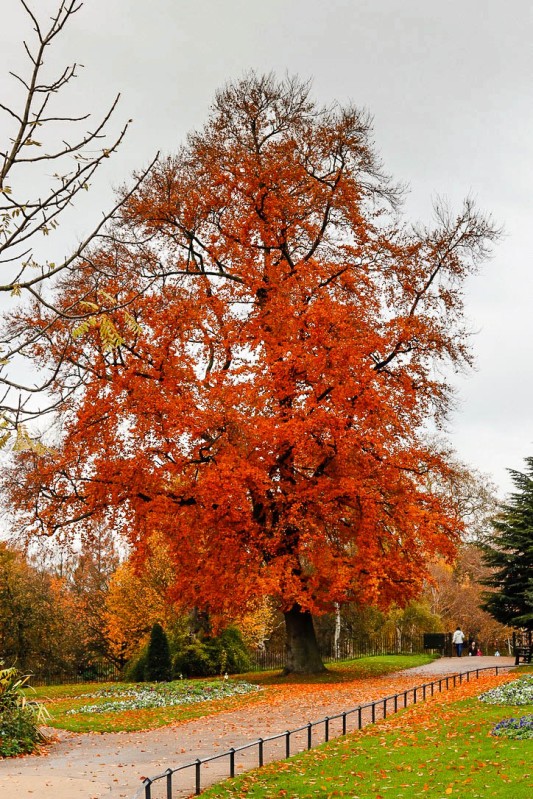 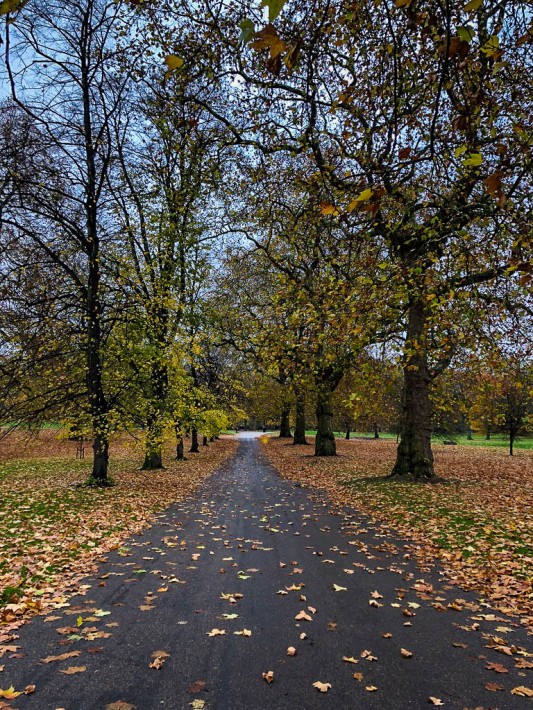 Drifted round a couple of wonderful museums and then onto drinks and a long-awaiting reunion with two of my favourite people who have emigrated to London – my worship pastor and another of my fellow worship team members. A promise to catch up with them was the initial catalyst for this trip so this was a special moment. It had been way way too  long since I had seen two of my most favourite people. Lots of laughs, hugs, chatting, delicious cocktails  at the underground 1940s-themed Cahoots, dinner, a wander along the Christmas-lit Thames at a very very late hour, and then the weekend was over and the trip into the more unfamiliar was ready to begin.

"Shootin' from the Hip Photography Tips"

A retirement gap year or three. Travel blog and photos as we wander the world seeking a decent cup of tea and a place to sit down. OAP travel.