We arrived at Newark airport after a very nice flight up the front of the plane ( what a treat!). Emerging out of the terminal we were immediately assaulted by a cacophony of people, taxis, buses, heat, noise – and we were barely put of the airport. Clearly not in San Franscisco anymore!

We managed to get an Uber and headed to the Refinery Hotel. Glass of wine while checking in set the tone for our week.

We fell in love with this city. We knew it would be fast paced, sophisticated and iconic, but we weren’t prepared for its beauty and sheer energy.

Just too much to describe in our week there, so a few highlights and a lot of photos!

Cycling Central Park and the Brooklyn and Manhattan Bridges – these were both guided tours giving great insights of the city. Never thought I would be a fan of guided tours but you get such great stories and information from the guides.

Refinery Hotel rooftop bar – the Empire State Building so close you could almost reach out and touch it.

Street food and tiny bagel shops (shades of the Seinfeld ‘Soup Nazi’ episode at one of them).

Blues-influenced Jazz at the Rum House and then a sublime jazz quartet in our hotel lobby bar.

The indescribable wonder of seeing iconic paintings by Van Gogh, Picasso, Dali and so many others at MoMA.

Book of Mormon on Broadway. A whole new level of professionalism and passion from the performers. Watching this knowing that all around us countless other shows were simultaneously playing.

Times Square at night – so cliched but so exciting.

Empire State Building during the day and Rockefeller Centre at night. Facing my vertigo head-on and winning!

Ground Zero and the somber and profoundly moving 9/11 museum.

We decided that it would be very hard to live in New York but we will definitely try to return. The song says ‘I left my heart in San Fransciso’ – I think I left a part of mine in New York 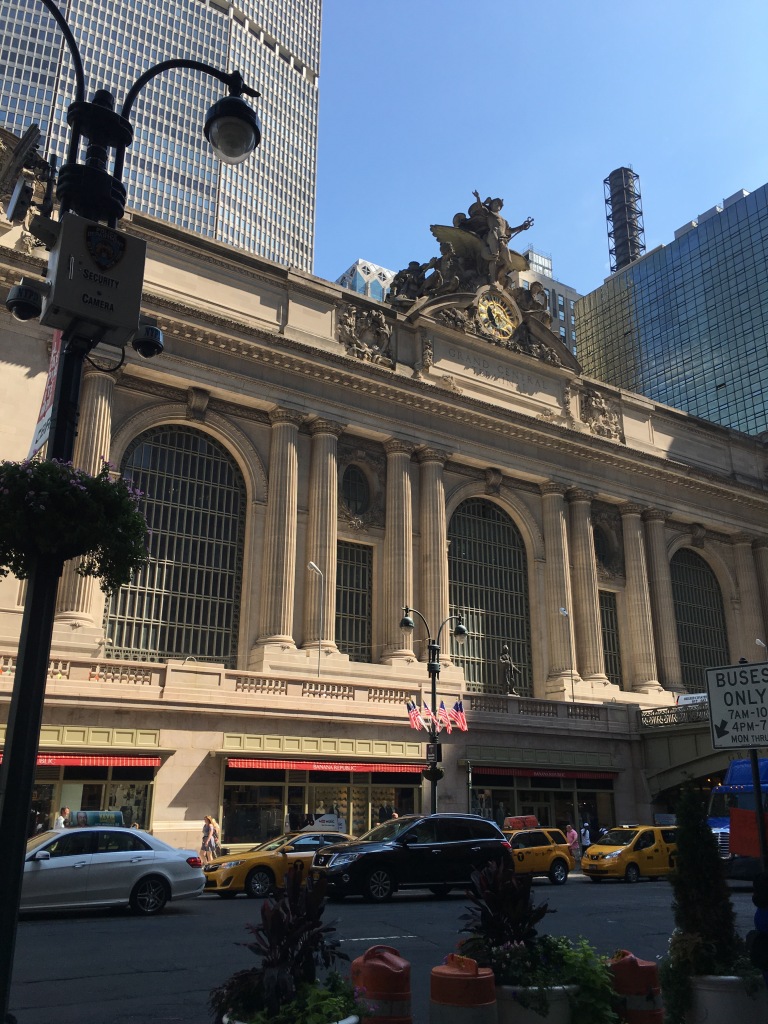 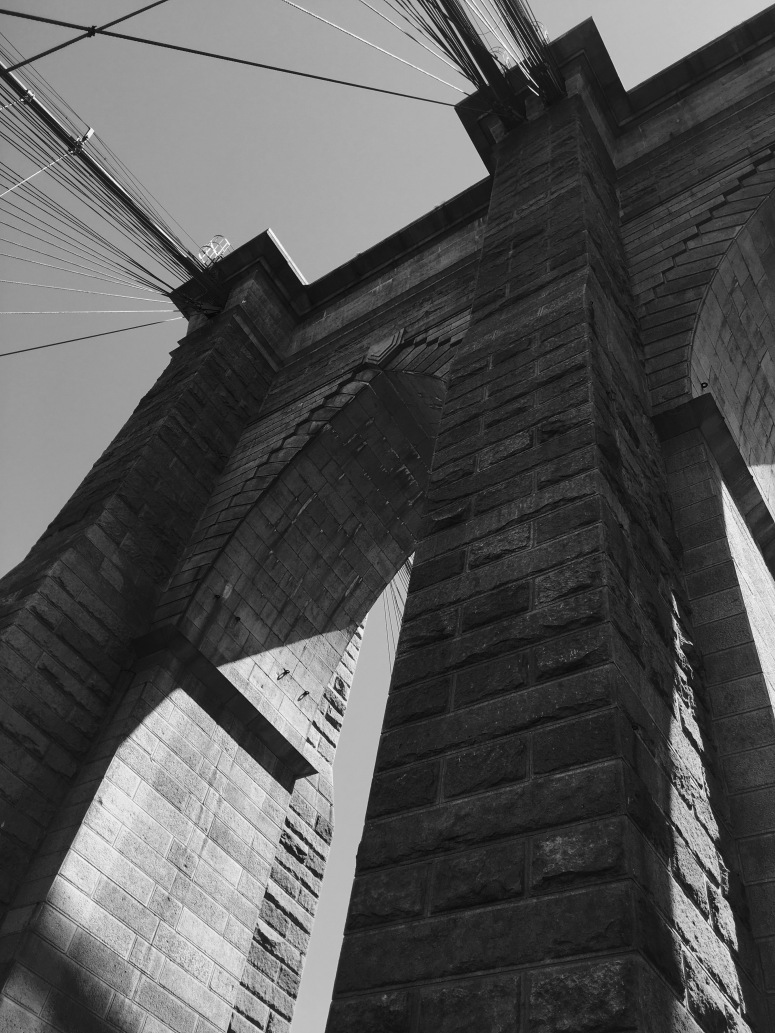 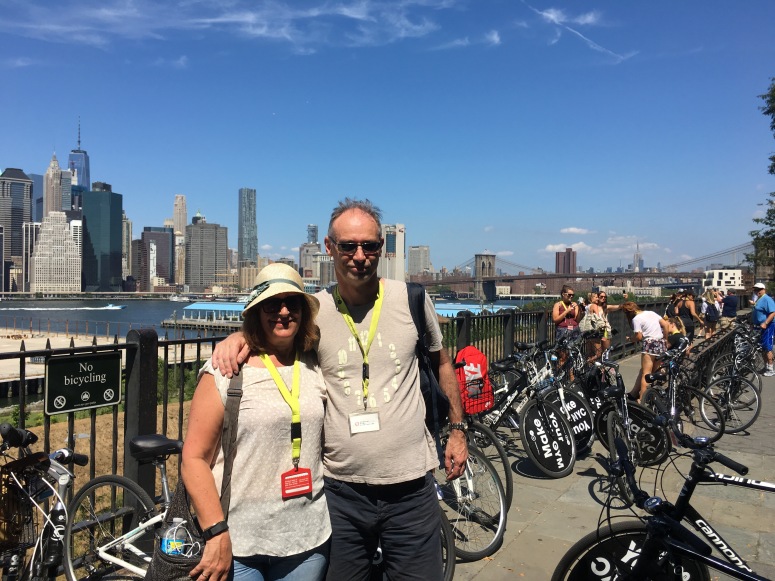 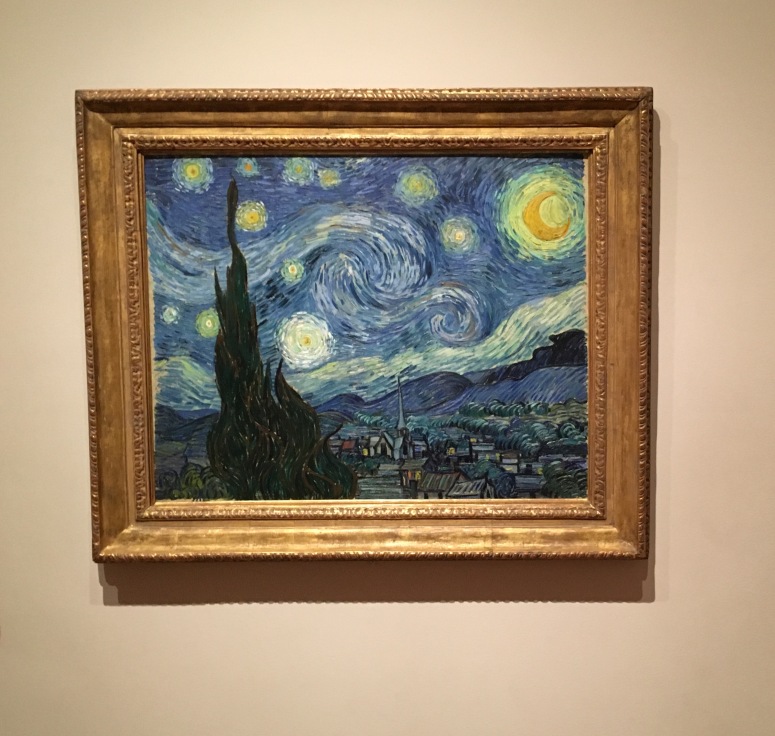 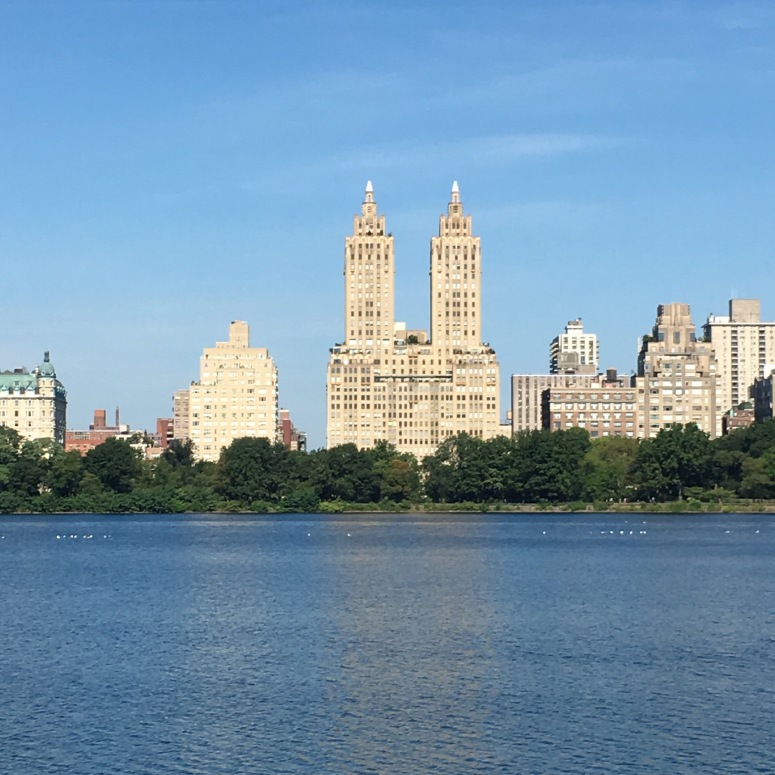 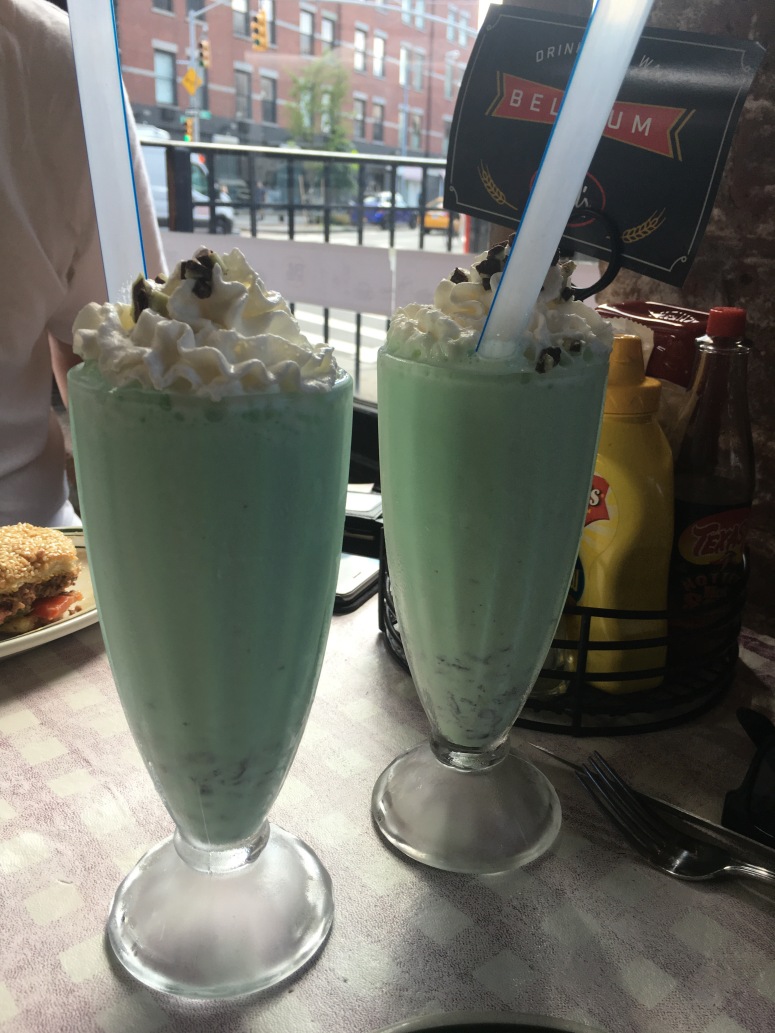 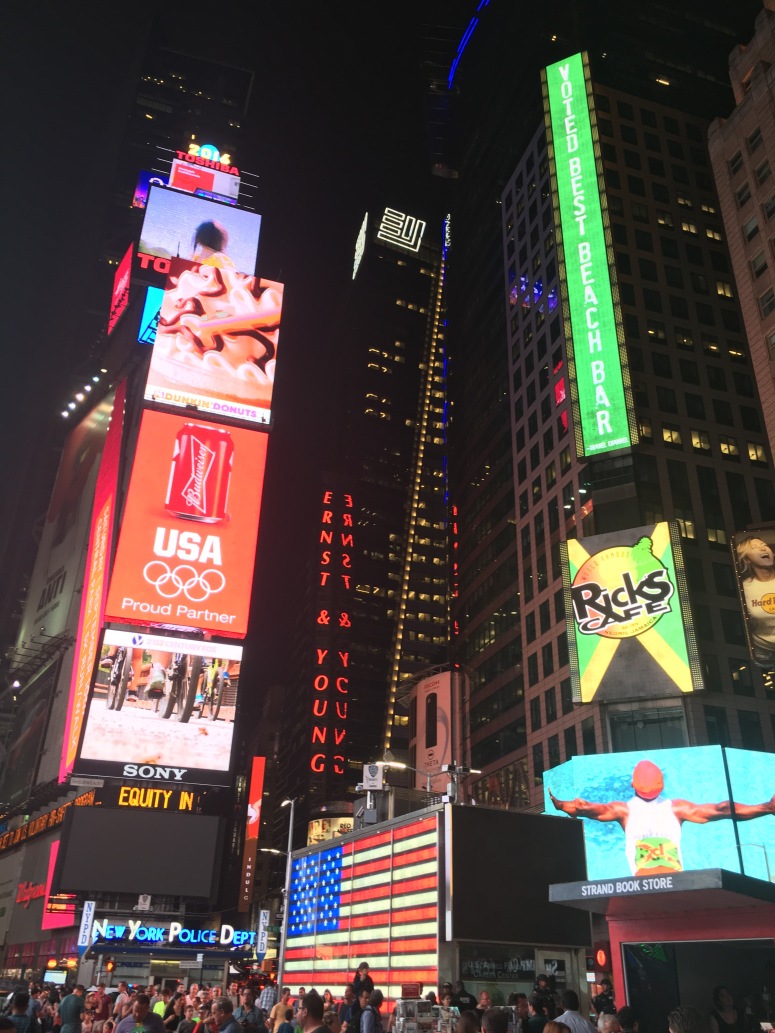 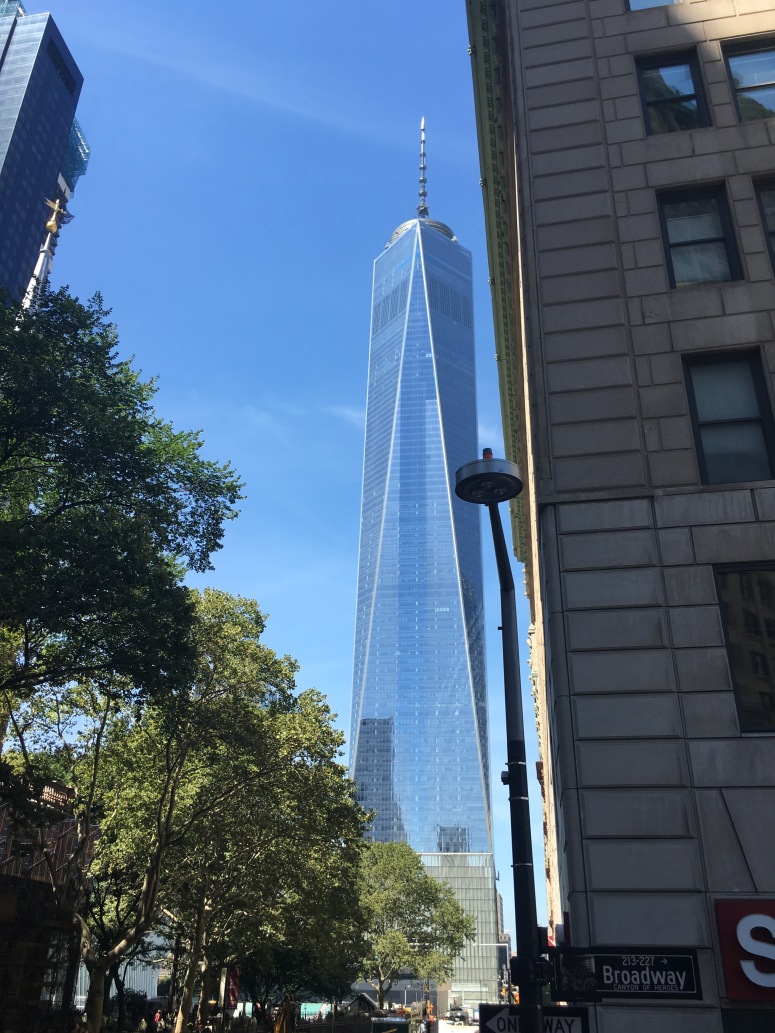 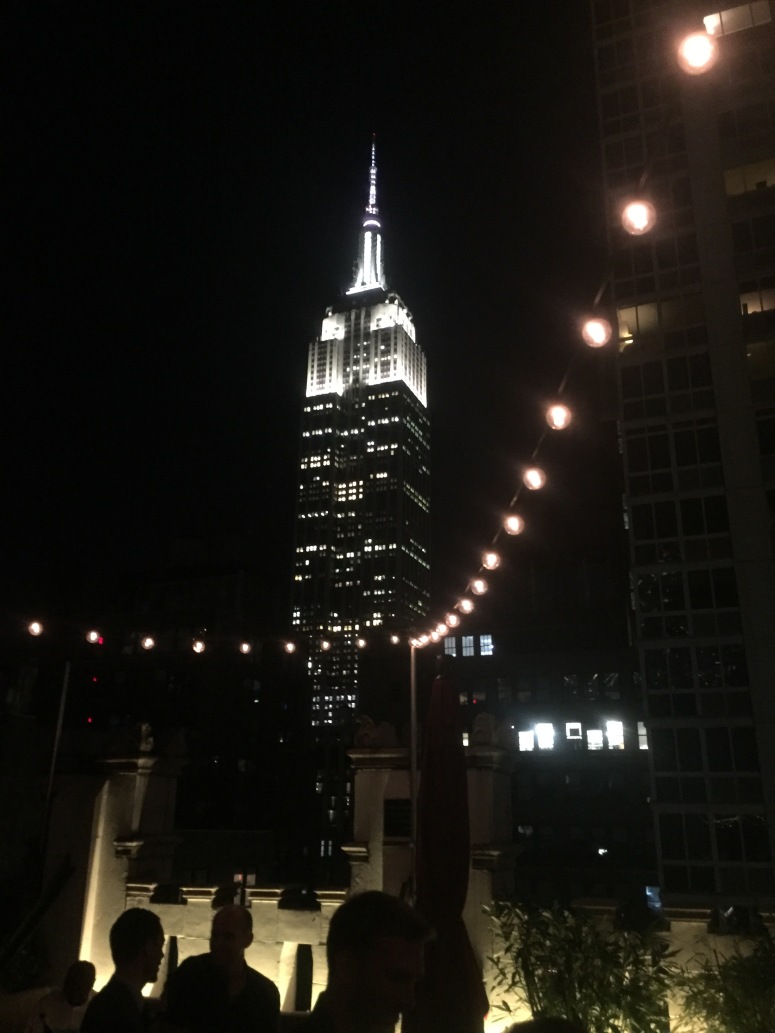 One thought on “New York – a photographic state of mind ”